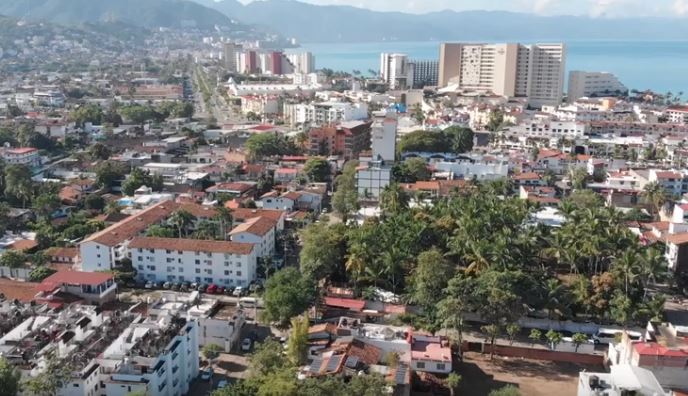 Just north of the Sheraton Hotel, turn right at the HSBC bank and you will find yourself in Colonia Versalles, a quaint neighbourhood in Puerto Vallarta that sits centrally between Old Town and the Marina and within a 10 minute walk to the nearest beach. Its convenient location has long been a favourite of many Canadian expats and in the last seven years developers have started to notice its attributes and sit up and take notice of what it has to offer.

Once you have crossed out of the Hotel Zone head on up Francia where you will immediately sense the meeting of the old and the new. Cobblestoned streets lined with fig, tropical almond, amapas and palm trees are home to  new bakeries, seafood restaurants, delis and coffee shops,  proof that Versalles is far from an “up and coming area” but rather that it has already “arrived.” New businesses sit happily alongside long-established family businesses such as local grocery stores, laundries, garages, taco stands and restaurants giving the area a true neighbourhood feel. There is no need to go into Old Town for the best seafood, smoothies, vegan delights or coffee because they can all be found right here and all with the backdrop of the mountains as you wander along the street giving a real feeling of being somewhere rather special. Wander the streets criss crossing the grid system and soak up the whole relaxed, laid back feeling of the area reflected in its European inspired street names such as Viena, Espana, Roma Yugoslavia, etcetera, and just for good measure they threw in Palm Springs which conjures up a whole different vibe.  Winding your way around the streets and you will eventually spy the Amber Hotel proving that you are never far away from the beach. All of the time you will have one eye on the mountains in the background.

There is such a variety of properties here and one thing to note is the sheer size of the lots on which some of the properties stand compared to other areas of the city. Large traditional family houses built in the late 1970s and 80s stand next to modern condomiums and small older apartments with lots of character giving plenty of choice for the discerning investor or those looking for a home or holiday hideaway.  There is even a Trailer park where the Snowbirds settle for the winter season. What a perfect way to sample the life of Versalles and Puerto Vallarta.  Both ocean views and mountain views may be a possibility in some of the newer developments as well as the older properties.

Services in the area are also evidence that Versalles is the place to be. Several hospitals, medical offices, including cosmetic surgeries, and pharmacies are within walking distance of most areas in Versalles. Not to mention the indoor shopping mall Plaza Caracol with a wide variety of stores, movie theatres and electrical retailers.  Fluvial is also within walking distance with more facilities such as Costco and Farmacia Guadalajara  not to mention the beautiful park and restaurants. More on that another time.

Versalles may not have quite the amazing  views of the bay, afforded by Amapas or Conchas Chinas , nor the full on buzz of being close to the action in the Old Town but it certainly competes in both the romantic and modern stakes as far as the vibe of the area and the sheer variety of properties, services and leisure facilities is concerned. All of this, combined with the fact that The City has been investing in infrastructure, means that it is a matter of time before everybody wants to live here. What is not to love about the place?

There are at least six condominium buildings currently under construction all at various stages with more in the pipeline. Some are already practically sold out with others selling fast whilst there are some available at the preconstruction stage with a variety of prices. If ever it was a good time to invest in Versalles it would be now. If you would like more information then feel free to contact me at alfredoh@tropicasa.com or call my number 3221426296.